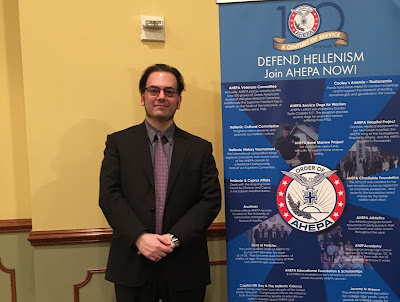 The Hellenic Cultural Society of St. Nicholas of Flushing, NY presented on Thursday, February 27, 2020 at Sarantakos Hall, a first ever lecture on Byzantium’s Macedonian Dynasty 862-1057 AD. There was a brief introduction of Byzantium and the historical role of Macedonia as well. This was a multimedia presentation presented by Keynote speaker Vassilios J. Chrissochos. The master of ceremonies was Athanasios Livanis who effortlessly guided the conversation between Greek and English to the enthusiastic and attentive audience.
Mrs. Athena Kromidas who is the president of the Cultural Society read excerpts from Author Penelope Delta’s book, “In the Heroic Age of Basil II, Emperor of Byzantium.” These tied into the message that Macedonia was the key theme of the night. With participation from the Gus Cherevas Estia-Pindus AHEPA Chapter 326, beverages and sweets were provided and the audience learned of the goals of AHEPA which promote Hellenism. The Lieutenant Governor of District 6 (Empire State) Dean Moskos spoke as well as past Lt Governor Demi Pamboukes. Mr. Chrissochos is also the AHEPA District 6 Director of Culture and Arts (former Director of Hellenism) and AHEPA Vice President Hermes 186 Astoria Chapter.
The leader of the Society, Father Paul Palesty, began the evening with the prayer.
The lecture explored the Macedonian Dynasty and the Macedonian Renaissance that began with founder Basil the Macedonian. Basil not only carried Alexander the Great’s spirit of promoting Hellenism but reformed Justinian’s Code of Law into and translated them in Greek into the Basilika and other books.  His son Leo VI the Wise finished the job. The laws will become the foundation of Western law.
We discussed the role the two Greek monks from Thessaloniki, Cyril and Methodius, who were Byzantine Christian theologians and missionaries. For their work evangelizing the Slavs, they are known as the "Apostles to the Slavs". They are credited with devising the Glagolitic alphabet, the first alphabet used to transcribe Old Church Slavonic
We learned about Constantine VII Porphyrogenitos and the meaning of the Porphyra chamber. Porphyrogenitos means "the Purple-born," an emperor or empress who is, born in the purple marble paneled imperial bed chambers of Constantinople. There was a room in the imperial Great Palace of Constantinople entirely lined with porphyry, where reigning empresses gave birth.
Nikephoros II Phocas and John I Tzimiskes were incredible warrior emperors that secure the frontiers of the empire and liberated Cyprus and Crete.
We then turned our attention to the awe-inspiring figure of Basil II Porphyrogenitos. Basil II also known as Basil Bulgaroctonus in Greek or Basil the Bulgars Slayer was born between 957 and 958—and died on Dec. 15, 1025. He was emperor between 976–1025 and extended imperial rule in the Balkans (notably Bulgaria), Mesopotamia, Georgia, and Armenia. And increased his domestic authority by attacking the powerful landed interests of the military aristocracy and of the church. His rule is widely considered as the apogee of medieval Byzantium.
Basil was the son of Romanus II and Theophano and was crowned co-emperor with his brother Constantine. His sister was Anna Porphyrogenita who married Vladimir the Great of the Kievan Rus state (Russia). Vladimir converted his people to Greek Orthodox Christianity and helped Basil defeat the rebelling factions of aristocrats that engulfed Byzantium into civil war.
His nice Theophano married Otto II and brought Greek culture and civilization to the Carolingian German court and most importantly introduced the fork.
The Macedonian Renaissance was taking affect, seeing the rise of classical scholarship, being assimilated into Christian artwork, and the study of ancient philosophy. The studies of these would greatly expand the library of the University of Constantinople, assisted by the enlargement projects by the emperors, establishing itself as the main source of learning for its day once again. The treasury was full by the death of Basil.
We finished the lecture by rounding it off with the very important Empresses Zoe and Theodora. They were Basil’s nieces and daughters of his brother Constantine VII Porphyrogenitos. We also mentioned the court historian of the Era Michael Psellos. Psellos was a key philosopher of the Byzantine Empire who was also a courtier, historian, and monk, and his works betrayed a dazzling engagement with philosophy, theology, history, and science.
Mr. Chrissochos explained how this era inspired him to write his Rock Opera “Anna and Vladimir: The love that ROCKED the world.” A musical that details the marriage of Anna Porphyrogenita and Vladimir the Great. He also mentioned the new concert series he was preparing for May 8-10th and 15-17th at the Archdiocesan Hellenic Cultural Center celebrating “The Legend of Alexander the Great.” The show is promoting Greece’s Macedonian history through antiquity and Byzantium via the legends and tales of Alexander the Great. Prophecies from the Bible, Medieval legends and the History behind one of the world’s greatest rulers is told through music and multimedia projections.
What exactly is the story? The show is based on the Alexander Romance which is a collection of medieval Byzantine tales that re-imagine Alexander the Great as a great Byzantine emperor. There are also the Prophecies of the Prophet Daniel that describe the coming of Alexander in the Old Testament as well. All this plus the historical Alexander will make for a great experience for the listener. These shows were unfortunately cancelled due to Covid-19 pandemic and will be re-scheduled hopefully next year. 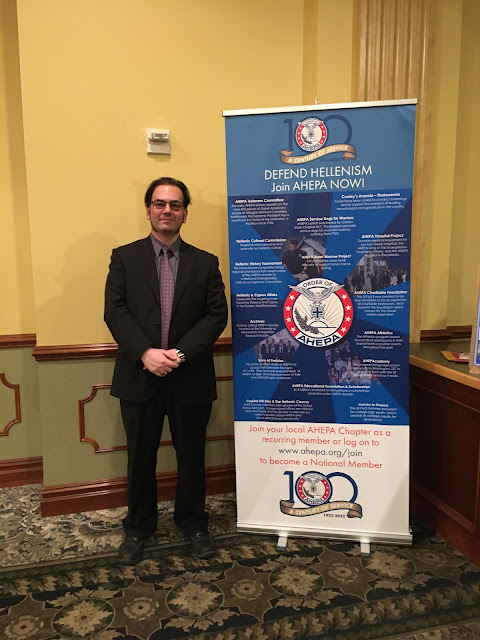 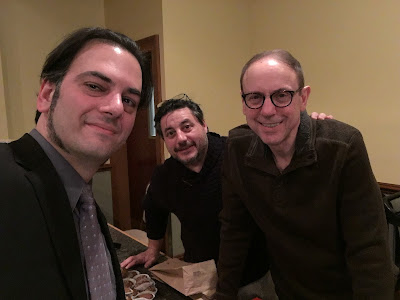 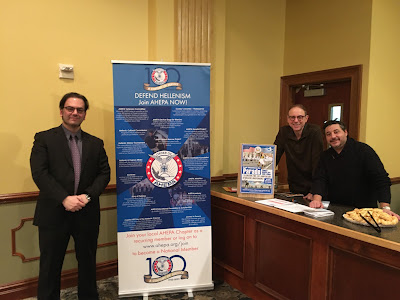 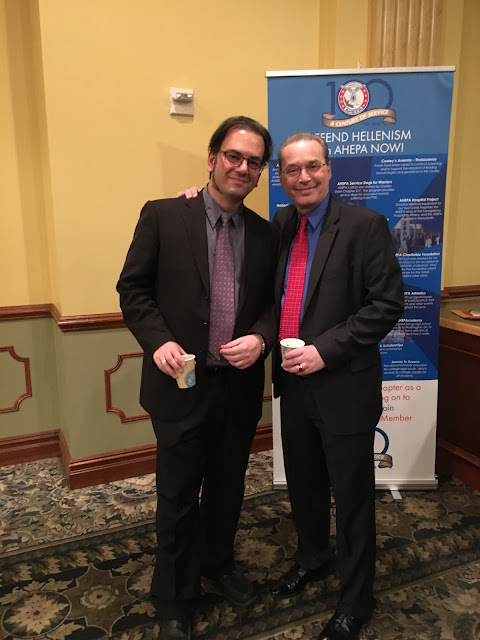 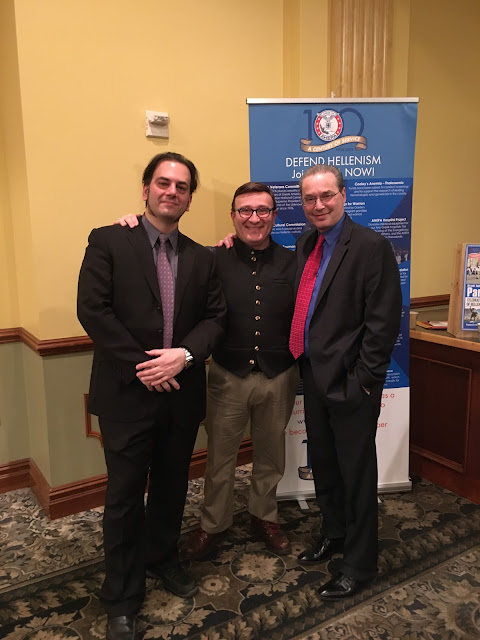 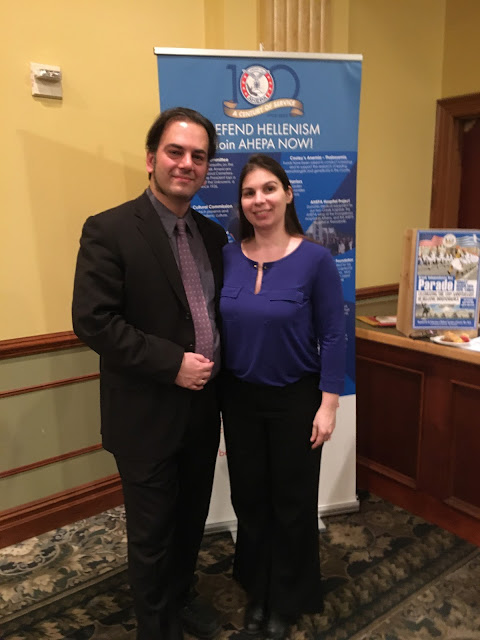 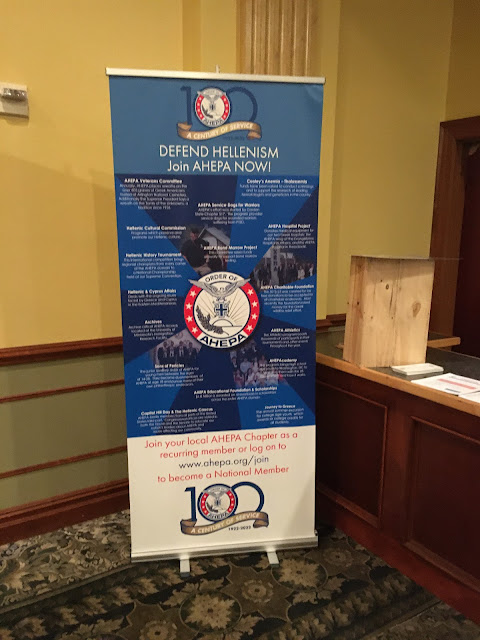 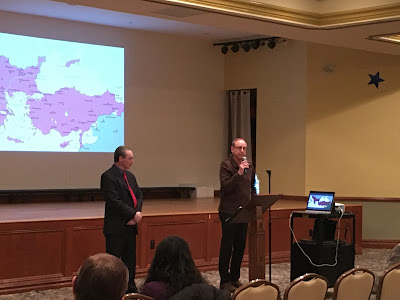 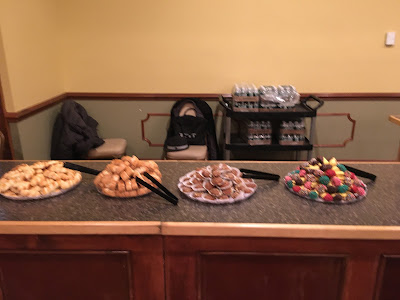 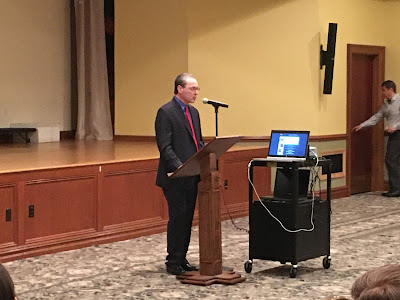 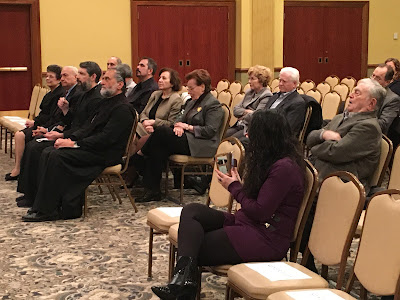 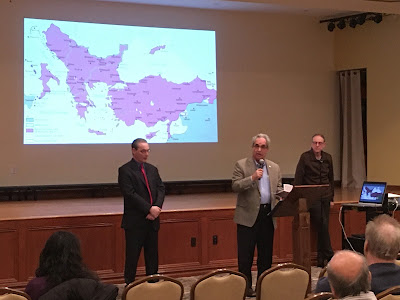 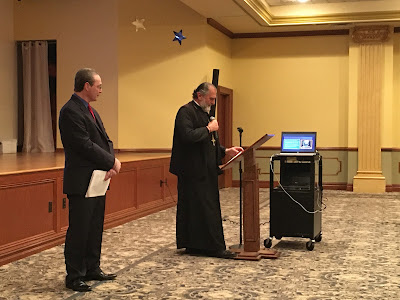 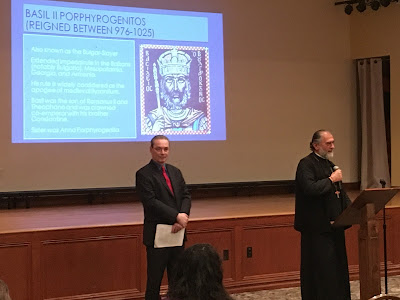 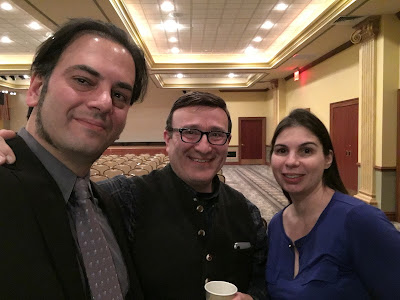 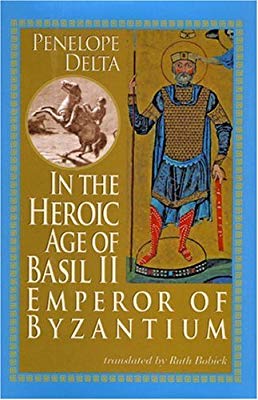 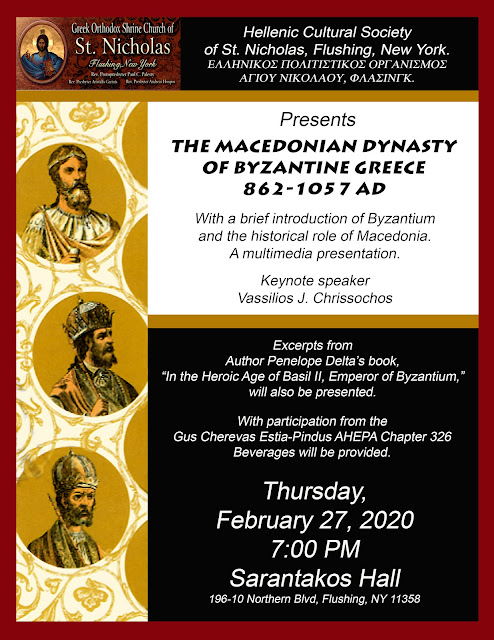 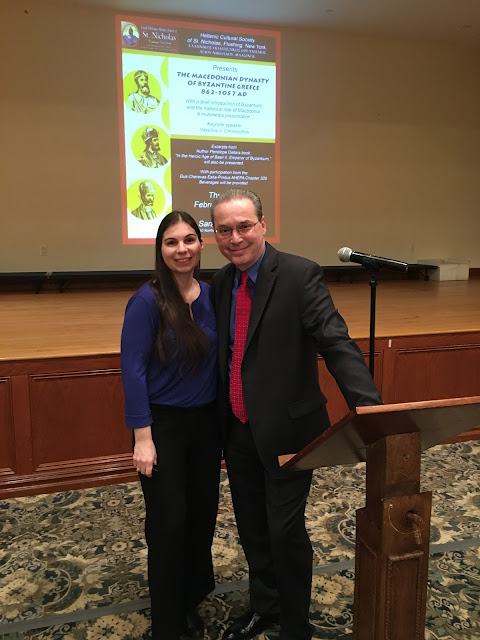 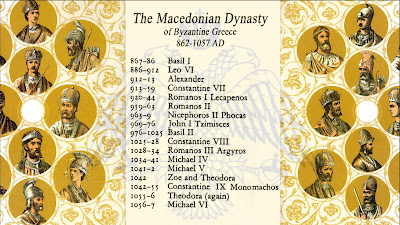 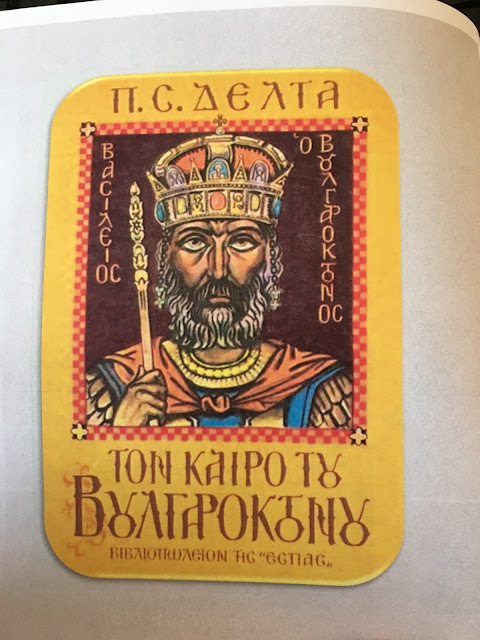 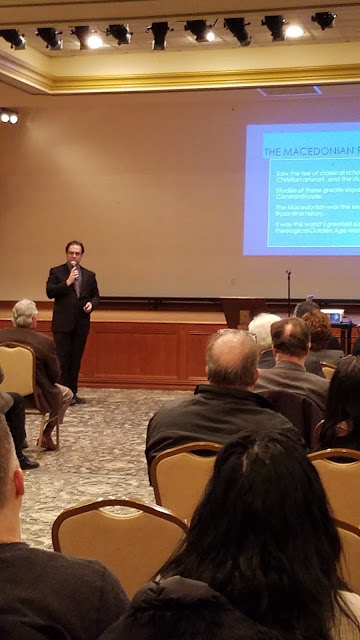 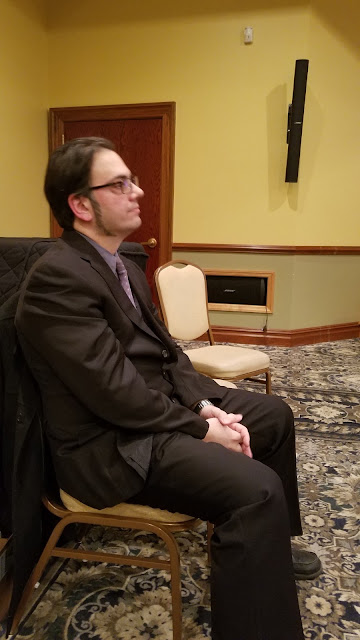 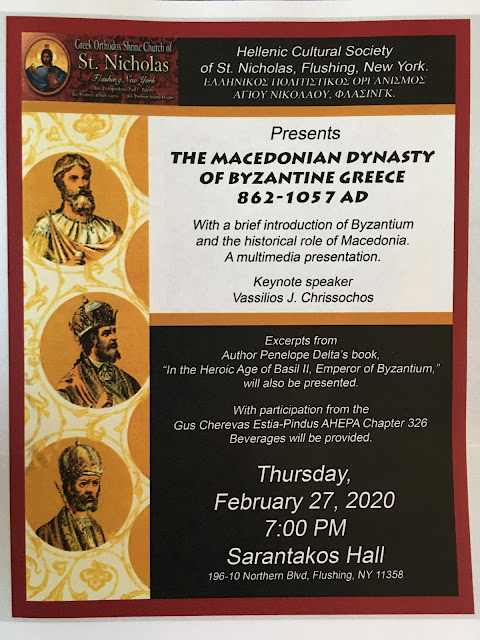 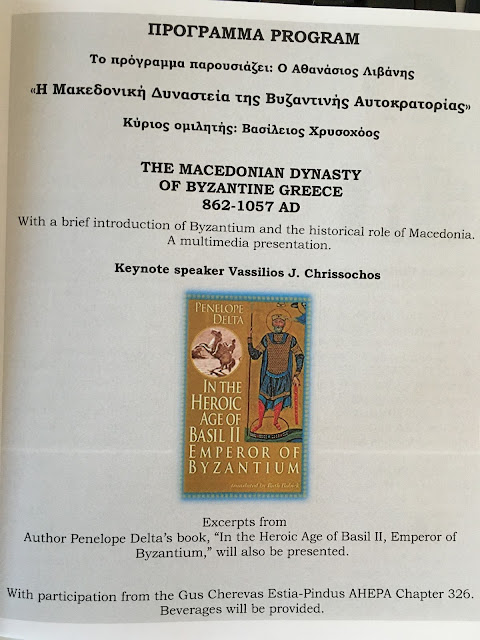 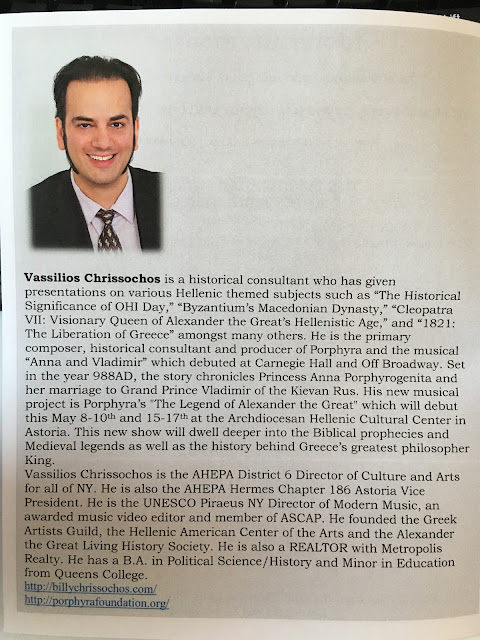 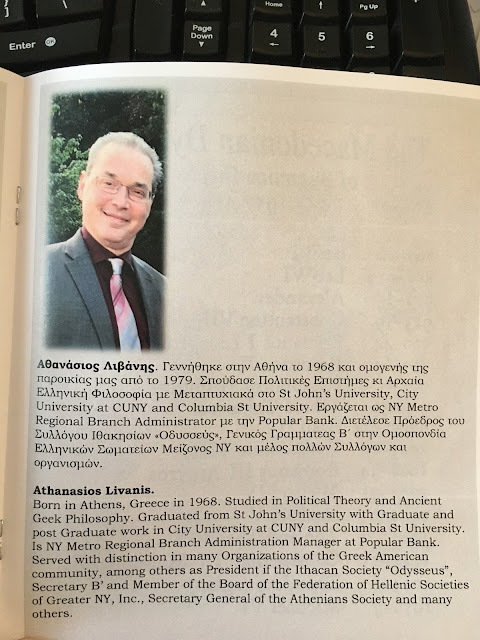 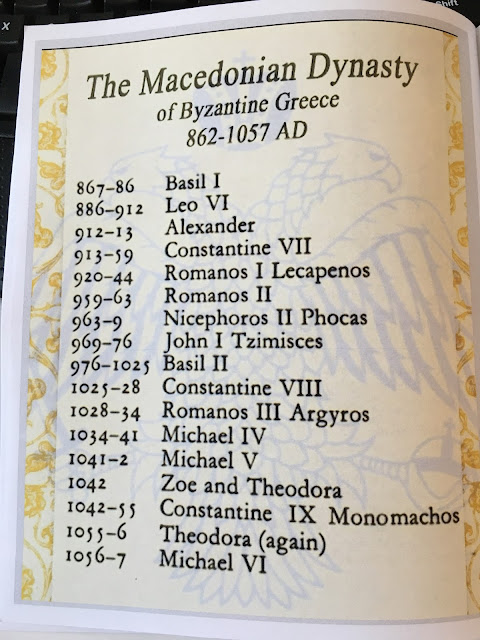 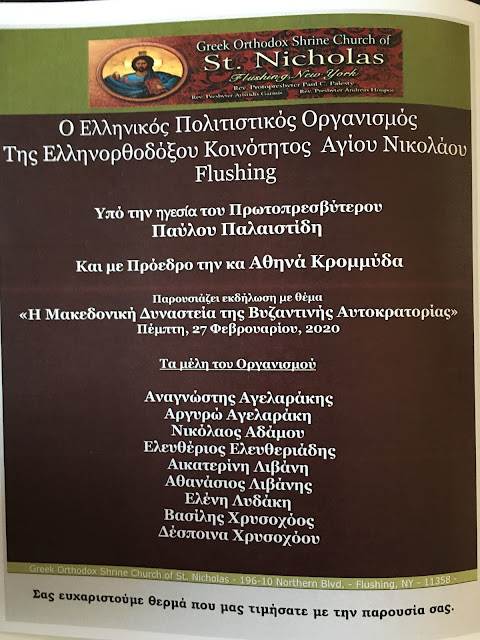