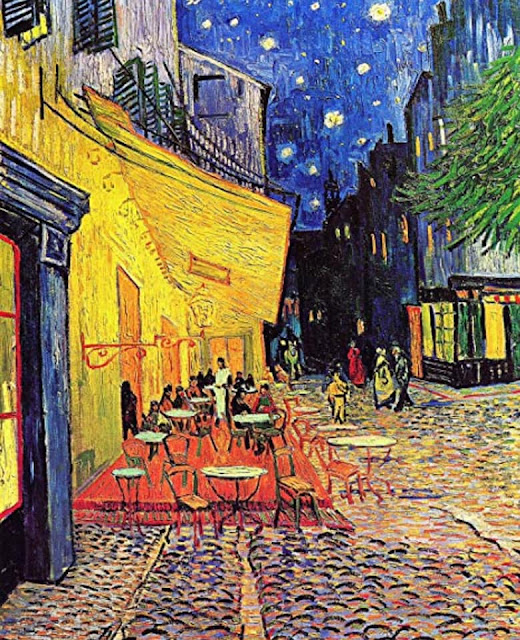 There's a point, at the crossroads between the lines of Vincent Van Gogh's letters to his brother Theo and the swirling colored brushstrokes, where painting is done literature, where we are given the rare chance to enter the mind of the artist who clearly The creative process on the paper staring at it for eternity, exactly like in one of his drawings.
Van Gogh writes precious words, mainly to his brother - collected by Theo Van Gogh's widow, Joahnna Bonger - and thanks to confidence and affection towards Theo opens up to reflections on the state of the art and its personal interpretation of the world.
Let's discover Van Gogh capable of staring deep reflections not only on the canvas but also in this epistle, we follow the thread of often dark and sad thoughts, always explaining clearly the depths of feelings and the difficulties of life, sickness and work.
In The Widow Van Gogh (edited by Marcos y Marcos) of the author Camilo Sanchez, the Van Gogh family tragedy staged by the determination and positivity of this woman, Johanna, her brother's widow.
Sanchez's pen tells us about a strong woman, who lovingly takes care of her son Vincent (heartbreaking homonymy) and in the meantime observes the spiritual deperiment of her husband Theo who lets himself die of pain at the thought that his brother, the great van Gogh, is Shot to the chest and died alone. Johanna's is an intimate diary, a writing exercise to point out emotions and projects. First of all to redeem his father-in-law's work, make it known to the world. Van Gogh art cannot be used to plug holes in the walls or be forgotten in some dark basement, van Gogh's art will have to be immortal.
A job then as a ′′ curator ′′ of a priceless collection scattered in bulk throughout the house. The constant presence of a character with an immense size, a ghost that hovers around his own paintings. Vincent Van Gogh doesn't appear in the story but there is always: every room in Pigalle's house is covered in starry nights and self-portraits, every page of Johanna's diary tends to her intimate discovery
Among these canvases had to stand out in particular the yellow that obsessed Vincent, the yellow of Arles house at no. 2 of place Lamartine, sunflowers, restless wheat fields; in the letters he talks a lot about it, he wonders about the best way to use them on portraits and landscapes: ′′ Suppose I have to paint a fall landscape, of trees with yellow leaves .... Good. Good. What difference does it make if I conceive it as a symphony in yellow, and whether or not my fundamental yellow is the yellow of leaves? This adds or takes away very little: much depends, and I would say that everything depends on the feeling I feel of the infinite variety of tones of a single family." 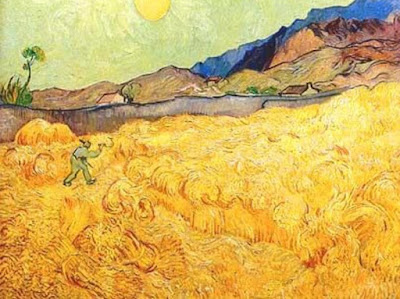 The dark tones turn on the violet, the light all on yellow, which in fact seems to dominate unchanged in many canvases: the yellow sky, the flowers, the yellow house, ′′ it's all sun ′′ what Vincent wants to stare on the canvas in those moments of perfect lucidity that precedes hallucinatory seizures, as Dostoevsky said perfectly, suffering from epilepsy and treated with the same substances that the painter used.
In the great fields of Provence you find the melancholy and restless chrome that transfers into the sunflower petals or to the swirling moon of starry nights, and expresses them without the symbolic velities of his colleague and friend Gauguin with whom he divides the Yellow House for a period; with sincerity and concussion leaves us in the paintings what his life has been, pains and suffering and little joys. 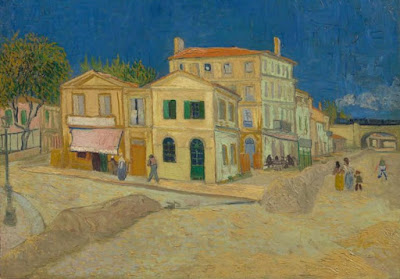 ′′ I don't care about the world except for the fact that I owe it, and also the duty, since I've been around it for thirty years, to leave it as a token of gratitude some memories in the form of drawings or paintings, Not executed to please this or that trend, but to express a sincere human feeling."
Maximus Roger
President of International Action Art ITALY